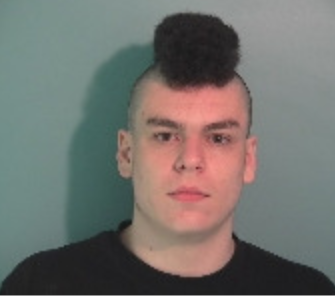 Kenneth Currin Schuchman pleaded guilty to one count of aiding and abetting computer intrusions. Between July 2017 and October 2018, Schuchman was part of a conspiracy with at least two other unnamed individuals to develop and use Satori in large scale online attacks designed to flood their targets with so much junk Internet traffic that the targets became unreachable by legitimate visitors.

According to his plea agreement, Schuchman — who went by the online aliases “Nexus” and “Nexus-Zeta” — worked with at least two other individuals to build and use the Satori botnet, which harnessed the collective bandwidth of approximately 100,000 hacked IoT devices by exploiting vulnerabilities in various wireless routers, digital video recorders, Internet-connected security cameras, and fiber-optic networking devices.

Satori was originally based on the leaked source code for Mirai, a powerful IoT botnet that first appeared in the summer of 2016 and was responsible for some of the largest denial-of-service attacks ever recorded (including a 620 Gbps attack that took KrebsOnSecurity offline for almost four days).

Throughout 2017 and into 2018, Schuchman worked with his co-conspirators — who used the nicknames “Vamp” and “Drake” — to further develop Satori by identifying and exploiting additional security flaws in other IoT systems.

Schuchman and his accomplices gave new monikers to their IoT botnets with almost each new improvement, rechristening their creations with names including “Okiru,” and “Masuta,” and infecting up to 700,000 compromised systems.

The plea agreement states that the object of the conspiracy was to sell access to their botnets to those who wished to rent them for launching attacks against others, although it’s not clear to what extent Schuchman and his alleged co-conspirators succeeded in this regard.

Even after he was indicted in connection with his activities in August 2018, Schuchman created a new botnet variant while on supervised release. At the time, Schuchman and Drake had something of a falling out, and Schuchman later acknowledged using information gleaned by prosecutors to identify Drake’s home address for the purposes of “swatting” him.

Swatting involves making false reports of a potentially violent incident — usually a phony hostage situation, bomb threat or murder — to prompt a heavily-armed police response to the target’s location. According to his plea agreement, the swatting that Schuchman set in motion in October 2018 resulted in “a substantial law enforcement response at Drake’s residence.”

As noted in a September 2018 story, Schuchman was not exactly skilled in the art of obscuring his real identity online. For one thing, the domain name used as a control server to synchronize the activities of the Satori botnet was registered to the email address [email protected] That domain name was originally registered to a “ZetaSec Inc.” and to a “Kenny Schuchman” in Vancouver, Wash.

People who operate IoT-based botnets maintain and build up their pool of infected IoT systems by constantly scanning the Internet for other vulnerable systems. Schuchman’s plea agreement states that when he received abuse complaints related to his scanning activities, he responded in his father’s identity.

While Schuchman may be the first person to plead guilty in connection with Satori and its progeny, he appears to be hardly the most culpable. Multiple sources tell KrebsOnSecurity that Schuchman’s co-conspirator Vamp is a U.K. resident who was principally responsible for coding the Satori botnet, and as a minor was involved in the 2015 hack against U.K. phone and broadband provider TalkTalk.

Multiple sources also say Vamp was principally responsible for the 2016 massive denial-of-service attack that swamped Dyn — a company that provides core Internet services for a host of big-name Web sites. On October 21, 2016, an attack by a Mirai-based IoT botnet variant overwhelmed Dyn’s infrastructure, causing outages at a number of top Internet destinations, including Twitter, Spotify, Reddit and others.

The investigation into Schuchman and his alleged co-conspirators is being run out the FBI field office in Alaska, spearheaded by some of the same agents who helped track down and ultimately secure guilty pleas from the original co-authors of the Mirai botnet.

It remains to be seen what kind of punishment a federal judge will hand down for Schuchman, who reportedly has been diagnosed with Asperger Syndrome and autism. The maximum penalty for the single criminal count to which he’s pleaded guilty is 10 years in prison and fines of up to $250,000.

However, it seems likely his sentencing will fall well short of that maximum: Schuchman’s plea deal states that he agreed to a recommended sentence “at the low end of the guideline range as calculated and adopted by the court.”