Payday lending firm Moneytree is the latest company to alert current and former employees that their tax data — including Social Security numbers, salary and address information — was accidentally handed over directly to scam artists. 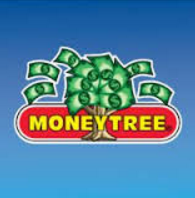 Seattle-based Moneytree sent an email to employees on March 4 stating that “one of our team members fell victim to a phishing scam and revealed payroll information to an external source.”

“Moneytree was apparently targeted by a scam in which the scammer impersonated me and asked for an emailed copy of certain information about the Company’s payroll including Team Member names, home addresses, social security numbers, birthdates and W2 information,” Moneytree co-founder Dennis Bassford wrote to employees.

“Unfortunately, this request was not recognized as a scam, and the information about current and former Team Members who worked in the US at Moneytree in 2015 or were hired in early 2016 was disclosed. The good news is that our servers and security systems were not breached, and our millions of customer records were not affected. The bad news is that our Team Members’ information has been compromised.”

A woman who answered a Moneytree phone number listed in the email confirmed the veracity of the co-founder’s message to employees, but would not say how many employees were notified. According to the company’s profile on Yellowpages.com, Moneytree Inc. maintains a staff of more than 1,200 employees. The company offers check cashing, payday loan, money order, wire transfer, mortgage, lending, prepaid gift cards, and copying and fax services.

Moneytree joins a growing list of companies disclosing to employees that they were duped by W2 phishing scams, which this author first warned about in mid-February.  Earlier this month, data storage giant Seagate acknowledged that a similar phishing scam had compromised the tax and personal data on thousands of current and past employees.

I’m working on a separate piece that examines the breadth of damage done this year by W2 phishing schemes. Just based on the number of emails I’ve been forwarded from readers who say they were similarly notified by current or former employers, I’d estimate there are hundreds — if not thousands — of companies that fell for these phishing scams and exposed their employees to all manner of identity theft.

W2 information is highly prized by fraudsters involved in tax refund fraud, a multi-billion dollar problem in which thieves claim a large refund in the victim’s name, and ask for the funds to be electronically deposited into an account the crooks control.

Tax refund fraud victims usually first learn of the crime after having their returns rejected because scammers beat them to it. Even those who are not required to file a return can be victims of refund fraud, as can those who are not actually due a refund from the IRS. To learn more about tax refund scams and how best to avoid becoming the next victim, check out this story.

For better or worse, most companies that have notified employees about a W2 phish this year are offering employees the predictable free credit monitoring, which is of course useless to prevent tax fraud and many other types of identity theft. But in a refreshing departure from that tired playbook, Moneytree says it will be giving employees an extra $50 in their next paycheck to cover the initial cost of placing a credit freeze (for more information on the different between credit monitoring and a freeze and why a freeze might be a better idea, check out Credit Monitoring vs. Freeze and How I Learned to Stop Worrying and Embrace the Security Freeze).

“When something like this happens, the right thing to do is to disclose what you know as soon as possible, take care of the people affected, and learn from what went wrong,” Bassford’s email concluded. “To make good on that last point, we will be ramping up our information security efforts company-wide, because we never want to have to write an email like this to you again.”