When identity thieves filed a phony $7,700 tax refund request in the name of Joe Garrett, Alabama’s deputy tax commissioner, they didn’t get all of the money they requested. A portion of the cash went to more than a half dozen U.S. companies that each grab a slice of the fraudulent refund, including banks, payment processing firms, tax preparation companies and e-commerce giants.

When tax scammers file a fraudulent refund request, they usually take advantage of a process called a refund transfer. That allows the third party firm that helped prepare and process the return for filing (e.g. TurboTax) to get paid for their services by deducting the amount of their fee from the refund. Effectively, this lets identity thieves avoid paying a dime to TurboTax or other providers for processing the return.

In Garrett’s case, as with no doubt countless other fraudulent returns filed this year, the thieves requested that the return be deposited into a prepaid debit card account, which they could then use as a regular debit card to pay for goods and services, and/or use at ATMs to withdraw the ill-gotten gains in cash.

What’s more, the crooks asked the government to deposit $2,000 of the $7,700 they applied for in his name to an Amazon gift card ($2,000 is the maximum allowed under the Amazon gift card program). This is just another way for thieves to hedge their bets in case the debit card to which the majority of the stolen funds gets canceled.

“There are so many people making money off of electronic transfer of funds, it’s ridiculous,” said Julie Magee, Garrett’s boss and commissioner of Alabama’s Department of Revenue. “Five different financial institutions touched the fraudulent refund they filed in Joe’s name before it went to the thieves.”

Garrett explained that his refund went from the U.S. Treasury to an account at Sunrise Banks of St. Paul, Minn. controlled by Santa Barbara Tax Products Group (TPG), which is a subsidiary of Greendot — the world’s largest prepaid card issuer (the other bank authorized to handle refund transfers is Citizens Banking Company of Sandusky, OH). 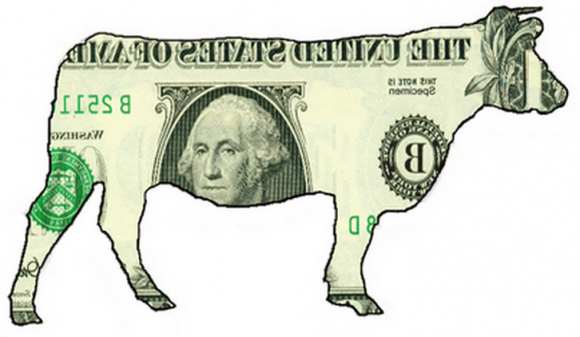 As TPG explains on its site, the company is integrated as the tax refund processing and settlement engine for 4 out of the 6 leading consumer online and in-person tax preparation companies. Additionally, TPG’s services are integrated into the offerings of the nation’s leading tax software companies, which, together, enable TPG to serve nearly 25,000 independent tax preparers and accountants nationwide. In the most recent tax season, TPG processed approximately $32 billion in tax refunds on behalf of approximately 11 million U.S. tax filers.

When the money was deposited into the Sunrise account, TPG extracted three fees: $35 for handling the federal refund, $10 for state refunds and $10 fee for TurboTax (since thieves had used TurboTax to fraudulently file his request.

Another $2,000 from the refund was diverted to an Amazon gift card. For thieves, diverting some of the funds to Amazon hedges their bets in case somehow the prepaid card that receives the bulk of the funds gets canceled by authorities cracking down on tax return fraud. These gift cards also are easily resold for cash.

“For Amazon, it guarantees a flow of future purchases in the Amazon system, and potentially generates more profit as consumers often forget to use all the value on their gift cards,” Garrett said.

The prepaid debit card which thieves used to receive most of the phony refund filed in Garrett’s name is operated by Rush Card and JPM Chase Bank. Rush Card charges a one-time card fee of between $3.95 – $9.95, and on a monthly fee ranging from $5.95 – $7.95. Each time the thieves went to an ATM to pull out cash from the card, Rush Card charged an additional $1 fee.

So, tax refund fraud is clearly lucrative for a great many companies. But how long before Congress or states turn this cash cow out to pasture? Joe Garrett’s boss — Alabama’s Revenue Department Commissioner Julie Magee — said she’s not holding her breath.

“This is a bit like regulatory whack a mole, and very difficult to track down who’s getting what,” she said. “This has been driver of why it’s so lucrative; Because it shifts so easy for thieves to get the money off the card as soon as it hits the account.”

This story was published as a complement to another piece on tax fraud, available here. Stay tuned later this week for an interview with another state tax official on ways to crack down on tax refund fraud.