In April 2014, this blog featured a story about Lance Ealy, an Ohio man arrested last year for buying Social Security numbers and banking information from an underground identity theft service that relied in part on data obtained through a company owned by big-three credit bureau Experian. Earlier this week, Ealy was convicted of using the data to fraudulently claim tax refunds with the IRS in the names of more than 175 U.S. citizens, but not before he snipped his monitoring anklet and skipped town. 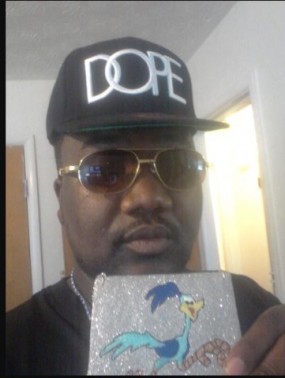 Lance Ealy, in selfie he uploaded to Twitter before absconding.

On Nov. 18, a jury in Ohio convicted Ealy, 28, on all 46 charges, including aggravated identity theft, and wire and mail fraud. Government prosecutors presented evidence that Ealy had purchased Social Security numbers and financial data on hundreds of consumers, using an identity theft service called Superget.info (later renamed Findget.me). The jury found that Ealy used that information to fraudulently file at least 179 tax refund requests with the Internal Revenue Service, and to open up bank accounts in other victims’ names — accounts he set up to receive and withdraw tens of thousand of dollars in refund payments from the IRS.

The identity theft service that Ealy used was dismantled in 2013, after investigators with the U.S. Secret Service arrested its proprietor and began tracking and finding many of his customers. Investigators later discovered that the service’s owner had obtained much of the consumer data from data brokers by posing as a private investigator based in the United States.

In reality, the owner of Superget.info was a Vietnamese man paying for his accounts at data brokers using cash wire transfers from a bank in Singapore. Among the companies that Ngo signed up with was Court Ventures, a California company that was bought by credit bureau Experian nine months before the government shut down Superget.info.

Court records show that Ealy went to great lengths to delay his trial, and even reached out to this reporter hoping that I would write about his allegations that everyone from his lawyer to the judge in the case was somehow biased against him or unfit to participate in his trial. Early on, Ealy fired his attorney, and opted to represent himself. When the court appointed him a public defender, Ealy again choose to represent himself.

“Mr. Ealy’s motions were in a lot of respects common delay tactics that defendants use to try to avoid the inevitability of a trial,” said Alex Sistla, an assistant U.S. attorney in Ohio who helped prosecute the case.

Ealy also continued to steal peoples’ identities while he was on trial (although no longer buying from Superget.info), according to the government. His bail was revoked for several months, but in October the judge in the case ordered him released on a surety bond.

It is said that a man who represents himself in court has a fool for a client, and this seems doubly true when facing criminal charges by the U.S. government. Ealy’s trial lasted 11 days, and involved more than 70 witnesses — many of the ID theft victims. His last appearance in court was on Friday. When investigators checked in on Ealy at his home over the weekend, they found his electronic monitoring bracelet but not Ealy.

I hope they find Mr. Ealy soon and lock him up for a very long time. Unfortunately, he is one of countless fraudsters perpetrating this costly and disruptive form of identity theft. In 2014, both my sister and I were the victims of tax ID theft, learning that unknown fraudsters had already filed tax refunds in our names when we each filed our taxes with the IRS.

I would advise all U.S. readers to request a tax filing PIN from the IRS (sadly, it turns out that I applied for mine in Feburary, only days after the thieves filed my tax return). If approved, the PIN is required on any tax return filed for that consumer before a return can be accepted. To start the process of applying for a tax return PIN from the IRS, check out the steps at this link. You will almost certainly need to file an IRS form 14039 (PDF), and provide scanned or photocopied records, such a drivers license or passport.

To read more about other ID thieves who were customers of Superget.info that the Secret Service has nabbed and put on trial, check out the stories in this series. Ealy’s account on Twitter is an also an eye-opener.