Computer and software industry maker HP is in the process of notifying customers about a seemingly harmless security incident in 2010 that nevertheless could prove expensive for the company to fix and present unique support problems for users of its older products. 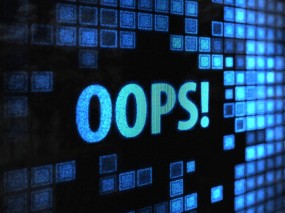 Earlier this week, HP quietly produced several client advisories stating that on Oct. 21, 2014 it plans to revoke a digital certificate the company previously used to cryptographically sign software components that ship with many of its older products. HP said it was taking this step out of an abundance of caution because it discovered that the certificate had mistakenly been used to sign malicious software way back in May 2010.

Code-signing is a practice intended to give computer users and network administrators additional confidence about the integrity and security of a file or program. Consequently, private digital certificates that major software vendors use to sign code are highly prized by attackers, because they allow those attackers to better disguise malware as legitimate software.

For example, the infamous Stuxnet malware — apparently created as a state-sponsored project to delay Iran’s nuclear ambitions — contained several components that were digitally signed with certificates that had been stolen from well-known companies. In previous cases where a company’s private digital certificates have been used to sign malware, the incidents were preceded by highly targeted attacks aimed at stealing the certificates. In Feb. 2013, whitelisting software provider Bit9 discovered that digital certificates stolen from a developer’s system had been used to sign malware that was sent to several customers who used the company’s software.

But according to HP’s Global Chief Information Security Officer Brett Wahlin, nothing quite so sexy or dramatic was involved in HP’s decision to revoke this particular certificate. Wahlin said HP was recently alerted by Symantec about a curious, four-year-old trojan horse program that appeared to have been signed with one of HP’s private certificates and found on a server outside of HP’s network. Further investigation traced the problem back to a malware infection on an HP developer’s computer.

HP investigators believe the trojan on the developer’s PC renamed itself to mimic one of the file names the company typically uses in its software testing, and that the malicious file was inadvertently included in a software package that was later signed with the company’s digital certificate. The company believes the malware got off of HP’s internal network because it contained a mechanism designed to transfer a copy of the file back to its point of origin.

Wahlin stressed that the software package in question was never included in software that was shipped to customers or put into production. Further, he said, there is no evidence that any of HP’s private certs were stolen.

“When people hear this, many will automatically assume we had some sort of compromise within our code signing infrastructure, and that is not the case,” he said. “We can show that we’ve never had a breach on our [certificate authority] and that our code-signing infrastructure is 100 percent intact.”

Even if the security concerns from this incident are minimal, the revocation of this certificate is likely to create support issues for some customers. The certificate in question expired several years ago, and so it cannot be used to digitally sign new files. But according to HP, it was used to sign a huge swath of HP software — including crucial hardware and software drivers, and other components that interact in fundamental ways with the Microsoft Windows operating system.

Thus, revoking the certificate means that HP must re-sign software that is already in use. Wahlin said most customers impacted by this change will merely encounter warnings from Windows if they try to reinstall certain drivers from original installation media, for example. But a key unknown at this point is how this move will affect HP computers that have built-in “recovery partitions” — small sections at the beginning of the computer’s hard drive that can be used to restore the system to its original, factory-shipped software configuration.

“The interesting thing that pops up here — and even Microsoft doesn’t know the answer to this — is what happens to systems with the restore partition, if they need to be restored,” Wahlin said. “Our PC group is working through trying to create solutions to help customers if that actually becomes a real-world scenario, but in the end that’s something we can’t test in a lab environment until that certificate is officially revoked by Verisign on October 21.”