New court documents released this week by the U.S. government in its case against the alleged ringleader of the Silk Road online black market and drug bazaar suggest that the feds may have some ‘splaining to do. 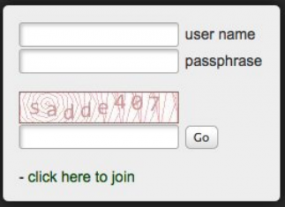 The login prompt and CAPTCHA from the Silk Road home page.

Prior to its disconnection last year, the Silk Road was reachable only via Tor, software that protects users’ anonymity by bouncing their traffic between different servers and encrypting the traffic at every step of the way. Tor also lets anyone run a Web server without revealing the server’s true Internet address to the site’s users, and this was the very technology that the Silk road used to obscure its location.

But lawyers for alleged Silk Road captain Ross W. Ulbricht (a.k.a. the “Dread Pirate Roberts”) asked the court to compel prosecutors to prove their version of events.  And indeed, discovery documents reluctantly released by the government this week appear to poke serious holes in the FBI’s story.

For starters, the defense asked the government for the name of the software that FBI agents used to record evidence of the CAPTCHA traffic that allegedly leaked from the Silk Road servers. The government essentially responded (PDF) that it could not comply with that request because the FBI maintained no records of its own access, meaning that the only record of their activity is in the logs of the seized Silk Road servers.

The response that holds perhaps the most potential to damage the government’s claim comes in the form of a configuration file (PDF) taken from the seized servers. Nicholas Weaver,a researcher at the International Computer Science Institute (ICSI) and at the University of California, Berkeley, explains the potential significance:

“The IP address listed in that file — 62.75.246.20 — was the front-end server for the Silk Road,” Weaver said. “Apparently, Ulbricht had this split architecture, where the initial communication through Tor went to the front-end server, which in turn just did a normal fetch to the back-end server. It’s not clear why he set it up this way, but the document the government released in 70-6.pdf shows the rules for serving the Silk Road Web pages, and those rules are that all content – including the login CAPTCHA – gets served to the front end server but to nobody else. This suggests that the Web service specifically refuses all connections except from the local host and the front-end Web server.”

Translation: Those rules mean that the Silk Road server would deny any request from the Internet that wasn’t coming from the front-end server, and that includes the CAPTCHA.

“This configuration file was last modified on June 6, so on June 11 — when the FBI said they [saw this leaky CAPTCHA] activity — the FBI could not have seen the CAPTCHA by connecting to the server while not using Tor,” Weaver said. “You simply would not have been able to get the CAPTCHA that way, because the server would refuse all requests.”

“That’s still the $64,000 question,” Weaver said. “So both the CAPTCHA couldn’t leak in that configuration, and the IP the government visited wasn’t providing the CAPTCHA, but instead a PHPMyAdmin interface. Thus, the leaky CAPTCHA story is full of holes.”

Many in the Internet community have officially called baloney [that’s a technical term] on the government’s claims, and these latest apparently contradictory revelations from the government are likely to fuel speculation that the government is trying to explain away some not-so-by-the-book investigative methods.

“I find it surprising that when given the chance to provide a cogent, on-the record explanation for how they discovered the server, they instead produced a statement that has been shown inconsistent with reality, and that they knew would be inconsistent with reality,” Weaver said. “”Let me tell you, those tin foil hats are looking more and more fashionable each day.”