Sony Pictures is reportedly planning to make a big screen movie based at least in part on my (mis)adventures over the past few years as an independent investigative reporter writing about cybercrime. Some gumshoe I am: This took me by complete surprise. 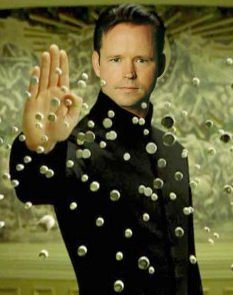 The first inkling I had of this project came a few weeks ago when New York Times reporter Nicole Perlroth forwarded me a note she’d received from a Hollywood producer who was (and still is) apparently interested in acquiring my “life rights” for an upcoming film project. The producer reached out to The Times reporter after reading her mid-February 2014 profile of me, which chronicled the past year’s worth of reader responses from the likes of the very ne’er-do-wells I write about daily. Perlroth’s story began:

“In the last year, Eastern European cybercriminals have stolen Brian Krebs’s identity a half dozen times, brought down his website, included his name and some unpleasant epithets in their malware code, sent fecal matter and heroin to his doorstep, and called a SWAT team to his home just as his mother was arriving for dinner.”

I didn’t quite know what to make of the Hollywood inquiry at the time, and was so overwhelmed and distracted with travel and other matters that I neglected to follow up on it. Then, just yesterday, I awoke to a flurry of messages both congratulatory and incredulous on Twitter and Facebook regarding a story in The Hollywood Reporter:

“Sony has picked up the rights to the New York Times article ‘Reporting From the Web’s Underbelly,’ which focused on cyber security blogger Brian Krebs. Krebs, with his site KrebsonSecurity.com, was the first person to expose the credit card breach at Target that shook the retail world in December.”

“Richard Wenk, the screenwriter who wrote Sony’s high-testing big-screen version of The Equalizer, is on board to write what is being envisioned as a cyber-thriller inspired by the article and set in the high-stakes international criminal world of cyber-crime.”

Judging from accounts of the screenwriter’s other movies, if this flick actually gets made someone vaguely resembling me probably will be kicking some badguy butt on the Silver Screen:

I still have yet to work out the details with Sony, but beyond remuneration (and perhaps a fleeting Hitchcock-style cameo) I would be delighted if I could influence the selection of the leading man. In the past week, I’ve been told I look like both Jim Carrey and Guy Pearce, but I’m not so sure. But if I had to pick one of my favorite actors, I’d love to see Edward Norton in the role. What about you, dear readers? Sound off in the comments below.

Update, 8:24 p.m. ET: Minneapolis Star-Tribune reporter Jennifer Bjorhus managed to get confirmation from Sony that the studio was working on this film.