Federal authorities have arrested two young brothers in Fresno, Calif. and charged the pair with masterminding a series of cyberheists that siphoned millions of dollars from personal and commercial bank accounts at U.S. banks and brokerages.

Taken into custody on Oct. 29 were Adrian and Gheorghe Baltaga, 25 and 26-year-old men from Moldova. Documents unsealed by the U.S. District Court for the Northern District of California laid out a conspiracy in which the brothers allegedly stole login credentials for brokerage accounts of Fidelity Investments customers, and then set up fraudulent automated clearing house (ACH) links between victim accounts and prepaid debit card accounts they controlled.

From there, according to the government, the men then used the debit cards to purchase money orders from MoneyGram and the U.S. Postal Service, which were deposited into different accounts that they could pull cash from using ATM cards. An attorney for the Baltaga brothers did not respond to multiple requests for comment.

According to interviews with investigators, the Baltaga indictments (PDF) reveal surprisingly little about the extent of the cybercrimes that investigators believe these men committed. For example, sources familiar with the investigation say the Baltaga brothers were involved in a 2012 cyberheist against a Maryland title company that was robbed of $1.7 million.

In April 2012, I was tracking a money mule recruitment gang that had hired dozens of people through bogus work-at-home jobs that were set up to help cybercrooks launder funds stolen from hacked small businesses and retail bank accounts. One of the mules I contacted said she’d just received notification that she was to expect a nearly $10,000 transfer to her bank account, and that she should pull the money out in cash and wire the funds (minus her 8 percent commission) to three different individuals in Ukraine and Russia.

The mule said she’d been hired by a software company in Australia, and that her job was to help the firm process payments from the company’s international clients. This mule told me the name of her employer’s “client” that had sent the transfer, and a Google search turned up a Washington, D.C.-area title firm which asked not to be named in this story out of concern that company’s competitors would use it against them. 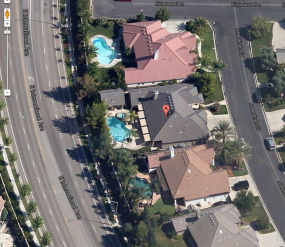 That title firm was unaware of it at the time, but fraudsters had recently installed the ZeuS Trojan on an employee’s computer and were using it to send wire transfers and ACH payments to money mules and to bank accounts controlled by the bad guys. In many cases, victim companies will react with hostility when alerted to such crimes by a reporter, but in this case the company quickly contacted their bank and discovered that the thieves had already pushed through more than $700,000 in fraudulent wires and ACH payments. Just minutes before I contacted the title firm, the crooks had initiated a fraudulent wire transfer of $1 million.

The company and its bank were ultimately able to block the $1 million wire and claw back about half of the $700,000 in wires and fraudulent ACH transfers. The firm and its bank seemed doomed to battle it out in court over the remaining amount, but earlier this year the two sides reached a confidential settlement.

The Baltaga brothers were charged with wire fraud, conspiracy to commit bank fraud and wire fraud, aggravated identity theft, and aiding and abetting. If convicted, the two men also stand to lose the 5-bedroom, $800,000 home they purchased together in Fresno.

If you operate a small business in the United States and are banking online, please take a moment to read this piece: Online Banking Best Practices for Businesses. Businesses do not enjoy the same legal protections afforded to consumer banking customers hit by cyber thieves. As a result, organizations can be held responsible for any losses due to phishing or account takeovers.