The creator of a popular crimeware package known as the Phoenix Exploit Kit was arrested in his native Russia for distributing malicious software and for illegally possessing multiple firearms, according to underground forum posts from the malware author himself.

The last version of the Phoenix Exploit Kit. Source: Xylibox.com

The Phoenix Exploit Kit is a commercial crimeware tool that until fairly recently was sold by its maker in the underground for a base price of $2,200. It is designed to booby-trap hacked and malicious Web sites so that they foist drive-by downloads on visitors.

Like other exploit packs, Phoenix probes the visitor’s browser for the presence of outdated and insecure versions of browser plugins like Java, and Adobe Flash and Reader. If the visitor is unlucky enough to have fallen behind in applying updates, the exploit kit will silently install malware of the attacker’s choosing on the victim’s PC (Phoenix targets only Microsoft Windows computers).

The author of Phoenix — a hacker who uses the nickname AlexUdakov on several forums — does not appear to have been overly concerned about covering his tracks or hiding his identity. And as we’ll see in a moment, his online persona has been all-too-willing to discuss his current legal situation with former clients and fellow underground denizens.

For example, AlexUdakov was a member of Darkode.com, a fairly exclusive English-language cybercrime forum that I profiled last week. That post revealed that the administrator accounts for Darkode had been compromised in a recent break-in, and that the intruders were able to gain access to private communications of the administrators. That access included authority to view full profiles of Darkode members, as well as the private email addresses of Darkode members.

AlexUdakov registered at Darkode using the address “[email protected]”. That email is tied to a profile at Vkontakte.ru (a Russian version of Facebook) for one Andrey Alexandrov, a 23-year-old male (born May 20, 1989) from Yoshkar-Ola, a historic city of about a quarter-million residents situated on the banks of the Malaya Kokshaga river in Russia, about 450 miles east of Moscow. 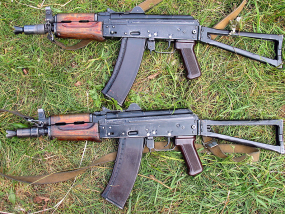 That [email protected] address also is connected to accounts at several Russian-language forums and Web sites dedicated to discussing guns, including talk.guns.ru and popgun.ru. This is interesting because, as I was searching AlexUdakov’s Phoenix Exploit kit sales postings on various cybercrime forums, I came across him discussing guns on one of his sales threads at exploit.in, a semi-exclusive underground forum. There, a user with the nickname AlexUdakov had been selling Phoenix Exploit Kit for many months, until around July 2012, when customers on exploit.in began complaining that he was no longer responding to sales and support requests. Meanwhile, AlexUdakov account remained silent for many months.

Then, in February 2013, AlexUdakov began posting again, explaining his absence by detailing his arrest by the Federal Security Service (FSB), the Russian equivalent of the FBI. The Phoenix Exploit Kit author explained that he was arrested by FSB officers for distributing malware and the illegal possession of firearms, including two AKS-74U assault rifles, a Glock, a TT (Russian-made pistol), and a PM (also known as a Makarov).

In his exploit.in post, AlexUdakov says he lives in a flat with his wife and child. The main portion of the post reads, in part:

“On _th of May FSB operative performed a controlled purchase, the money was transferred through WebMoney.

1_ th of July FSB operatives arrested me and conducted searches at the residence, registered address, in the cars that I was using. All computers and storage devices were taken except for… a Wi-Fi router.

During the search at the place of residence thy have also taken 2 automatic machine guns AKS74U, Glock, TT handgun, PM Handgun, ammo.  I have no criminal record and gave a confession, was released on my own recognizance. I am indicted on 3 charges – conspiracy to distribute malicious software (article 273 of Russian Penal Code), unlawful production of firearms, ammo an explosives (article 223), unlawful possession of weapons, ammo and explosives (article 222)…..

After stumbling on AlexUdakov’s exploit.in thread, I scoured the various hacked forum and affiliate databases I’ve collected over the years. Turns out that a miscreant who adopted the nickname AlexUdakov also was an affiliate of Baka Software, a moneymaking pay-per-install scheme that pushed fake antivirus or “scareware” programs between 2008 and 2009. AlexUdakov registered with Baka using the email address [email protected]. That email was connected to yet another Vkontakte profile (now banned by Vkontakte for abuse violations), also from Yoshkar-Ola.

At this point in the investigation, I called upon a trusted source of mine who has the ability to look up tax records on Russian citizens and businesses, and asked this source if there was a 23-year-old male in Yoshkar-Ola who fit the name in the Vkontakte profile registered to [email protected] 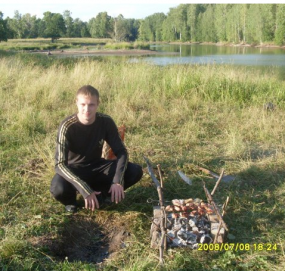 A profile photo from the Vkontakte page of Andrey A. Alexandrov

The source came back with just one hit: one Andrey Anatolevich Alexandrov, born May 20, 1989, and currently living in a 365-square foot apartment with his wife and small child in Yoshkar-Ola. According to my source, Alexandrov is currently the registered driver of two automobiles, a Lexus RS350 and a 1995 VAZ-2109, a Russian-made hatchback.

I can’t say for certain whether the Phoenix Exploit Kit has anything to do with Mr. Alexandrov from Yoshkar-Ola, or indeed whether this young man ever received a visit from the FSB. Requests for comment sent to both emails mentioned in this story went unanswered. And it is certainly possible that the AlexUdakov persona who sold his crimeware package on so many underground forums simply assumed the real-life identity of an innocent man.

But based on previous investigations such as this one, it would not be a stretch to conclude that the two identities are one and the same. Readers of this blog sometimes have trouble believing that people involved in selling and distributing malware and crimeware would be so careless about separating their online selves from their real lives. The reality is that many top players in this space consistently show that, although they may posses fairly advanced offensive hacking skills, they are not so expert at defense.

This general lack of operational security could be the result of several factors. First, many involved in cybercrime may believe (perhaps rightly so) that it is unlikely that authorities in their countries will ever take an interest in their activities. Also, some fraudsters even like to boast about their crimes, and probably some cybercrooks simply don’t view what they do as serious criminal activity, and thus see little reason to hide.

But far more common is the bright kid who is gradually pulled into the darker side of the Underweb, and who almost invariably leaves behind a cumulative trail of clues that point to his real-life identity — all because he never expected to achieve success or make serious money from his illicit activities.

I’d like to add a special note of thanks to “Filosov” and Aleksey for their help with the Russian-to-English translations in this post.