Adobe has released a public beta version of its Flash Player software for Firefox that forces the program to run in a heightened security mode or “sandbox” designed to block attacks that target vulnerabilities in the software. 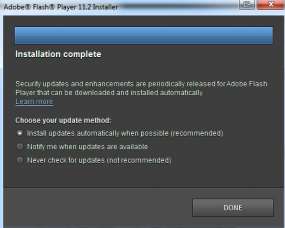 Sandboxing is an established security mechanism that runs the targeted application in a confined environment that blocks specific actions by that app, such as installing or deleting files, or modifying system information. The same technology has been built into the latest versions of Adobe Reader X, and it has been enabled for some time in Google Chrome, which contains its own integrated version of Flash. But this is the first time sandboxing has been offered in a public version of Flash for Firefox.

Flash is a big target of attackers partly because it is a powerful program with a huge install base; vulnerability management firm Secunia estimates that some version of Flash is installed in 96 percent of the world’s Microsoft PCs. Windows users can further harden their systems against such attacks by swapping out their current version of Flash for this beta.

The sandboxed Flash for Firefox — Flash Player 11.2 beta 5 — works with Firefox 4 or later running on Window Vista or Windows 7. The latest build is available here.

I’ve been using the beta version for nearly two days now without incident on a Windows 7 Firefox 10 install (with Firefox running under Microsoft’s Enhanced Mitigation Experience Toolkit, or EMET). But if you do experience glitches or compatibility issues, you can always revert back to the non-sandboxed version. If you decide to try the beta, make sure to uninstall the current version using Adobe’s Flash uninstaller tool; then grab and install the beta.