An Arkansas public water utility and a New Jersey town are the latest victims of an organized cyber crime gang that is stealing tens of millions of dollars from small to mid-sized organizations via online bank theft.

On Thursday, officials in Egg Harbor Township, N.J. acknowledged that a sizable amount of money was taken in an “outside intrusion into a municipal banking account,” suggesting in public statements that computer criminals were responsible.

On Monday, details began to emerge that implicate the work of the same gang that Krebs on Security has been tracking for close to a year now.

Mayor James J. “Sonny” McCullough confirmed that the thieves took close to $100,000 from town coffers, sending the money in sub-$10,000 chunks to individuals around the country who had no prior businesses with Egg Harbor.

McCullough said the town is working with local authorities and the FBI.

“There’s a possibility that the bank will be able to [retrieve] some of the money,” McCullough told Krebs on Security.

According to at least two sources, some of the money was sent to John P. Higgins Sr., a resident of Tampa, Fla. On the afternoon of March 18, Higgins received a bank transfer of more than $8,700 from Egg Harbor’s account. A woman who answered Higgins’ mobile phone on Monday morning declined to identify herself or answer direct questions about the incident, hanging up after saying only that their lawyer had been contacted and that Mr. Higgins was wary of being caught up in further scams. 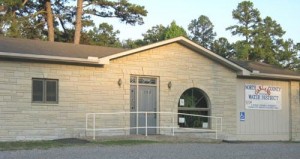 In a separate incident on March 4, organized crooks stole roughly $130,000 from North Garland County Regional Water District, a public, nonprofit utility in Hot Springs, Ark. Again, thieves somehow broke into the utility’s online bank account and set up unauthorized transfers to more than a dozen individuals around the country that were not affiliated with the district.